Almondcart wines are produced entirely from fruit grown on our Charleston vineyard overlooking the Onkaparinga Valley in the Adelaide Hills. While it is principally east-facing, it has southern aspects for our white varieties and a higher rocky north-tilted section for our reds. Southeasterly winds keep the site cool through most of summer and we are able to produce fine sparkling wine from Chardonnay and Pinot in the lower sections as well as medium bodied reds from the higher ground. All fruit is hand-picked to maximize delicacy and elegance and transported just three kilometres down the road to our winemakers in Mount Torrens. We use new and seasoned French oak barrels for all our table wines to give them greater softness, complexity and longevity.

The Almondcart Vineyard was a mixed farm in the 1840s when the German owners built a stone barn with a winnowing tunnel. The beautifully coloured stone was hand cut from a quarry a short distance away and the timbers pit-sawn off-site. All large beams were numbered with Roman numerals and marked to ensure that they would be assembled and pegged in the correct order and orientation. The structure has had a corrugated iron roof fitted over the original spotted gum shingles (this gum proved to be a poor choice as it split and allowed water in) but it is still beautiful, solid and original and is our future tasting room. Water was drawn from a well that was dug a few metres from the front steps. It was lined with curved stone blocks and its water, reputed to have therapeutic qualities, is crystal-clear to the bottom. After cereal growing was abandoned due to wheat leaf rust that thrived in the wet climate, the property specialized in fruit trees, cattle and later, potatoes. 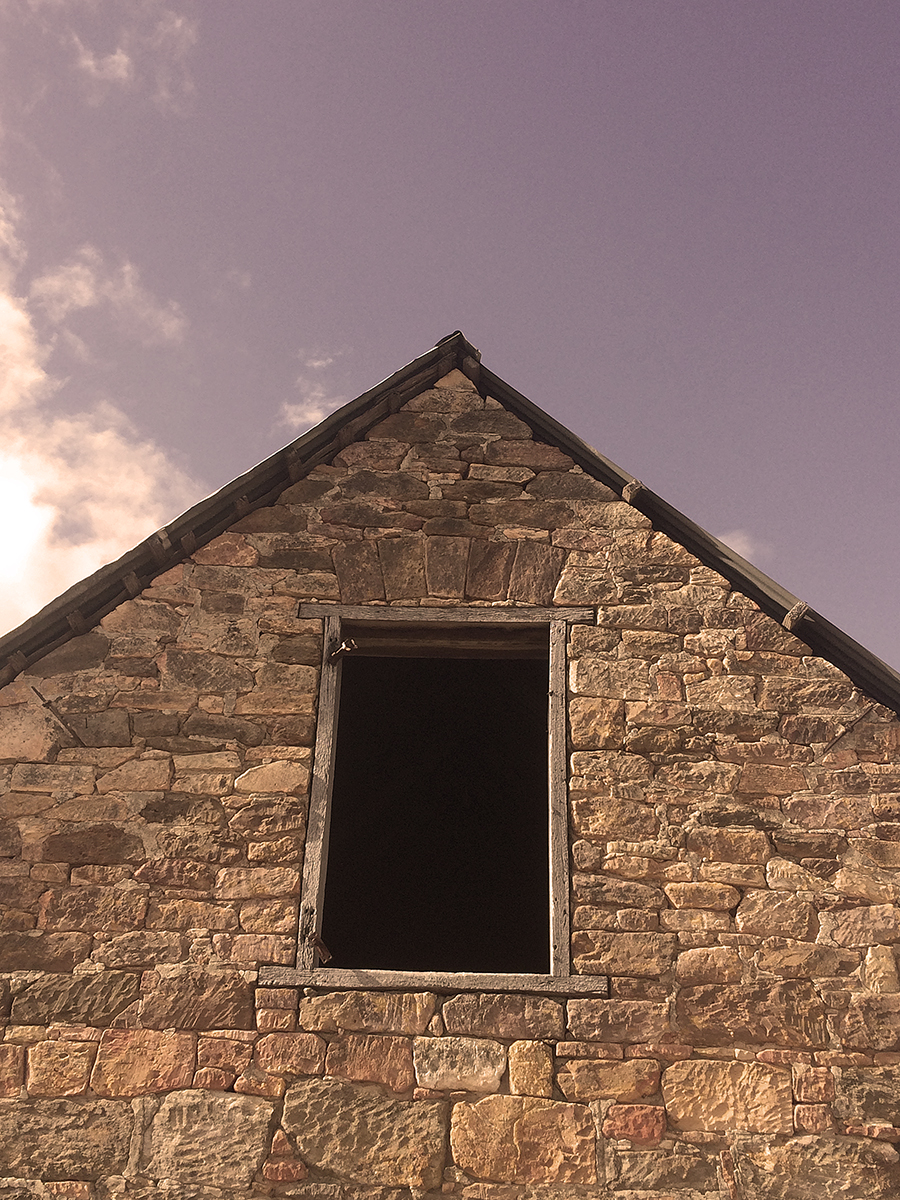 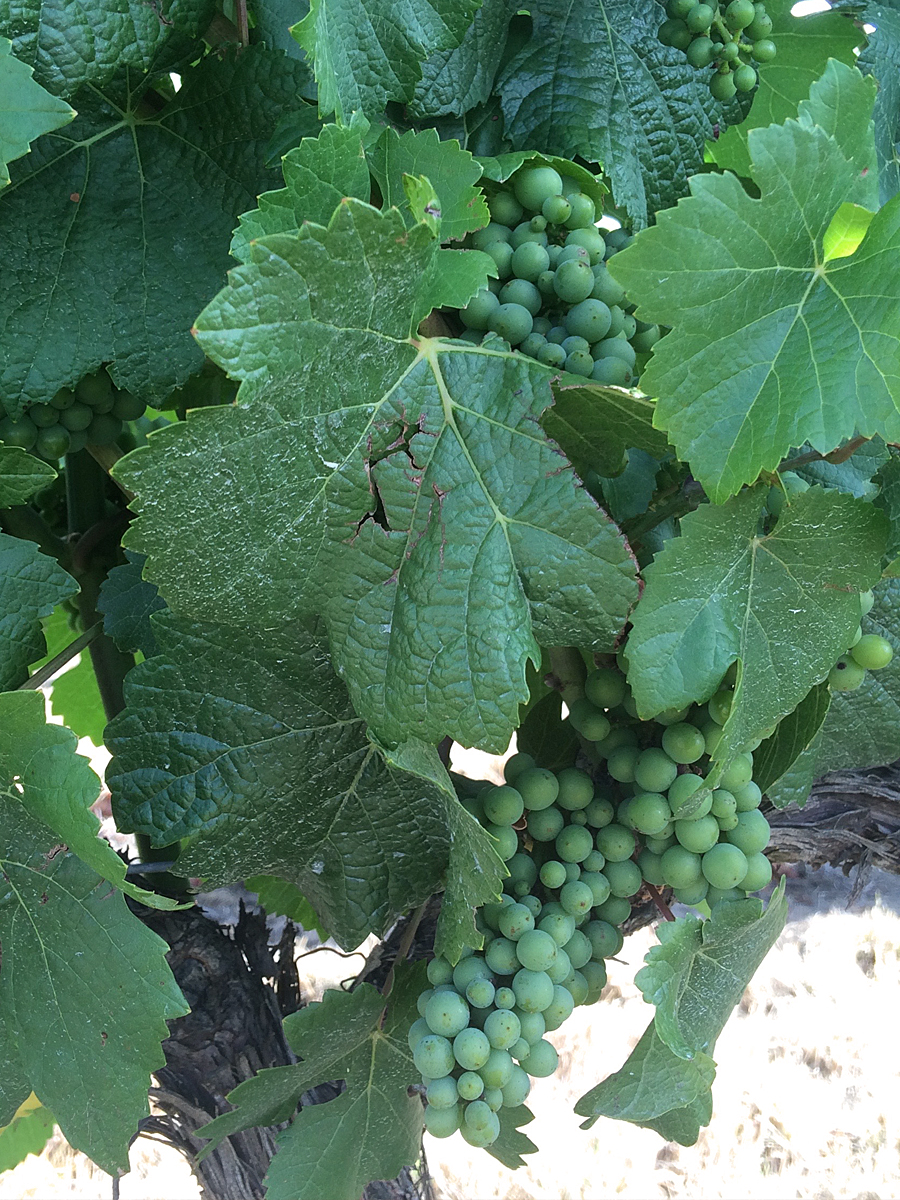 In 1994 the property was sold and the new owners joined the trend to grow winegrapes in the Adelaide Hills. Twenty acres were planted to Chardonnay, Semillon, and Cabernet Sauvignon but just ten years later, poor prices for the last two varieties resulted in another property sale. The buyers grafted the Cabernet and Semillon to Chardonnay.  Four hectares of Sauvignon Blanc were planted in a new section. After the 2007 vintage, my wife Michelle and I acquired a quarter of the property. When Chardonnay prices plummeted in 2008 we grafted 2 hectares to “Albariño” and 2 hectares to Pinot. The conversion to Albariño was a very expensive mistake. The planting material had originally been imported in 1989 by CSIRO but an error had been made and it turned out to be Savagnin Blanc. This was only confirmed a month after we had paid for our grafting work! Savagnin Blanc is best known as a variety from the Jura Mountains in France used for making the “Vin Jaune”, a golden sherry-like wine. Our winemaker had, however, made some into a delicious botrytised dessert wine in 2010 (it’s still aging beautifully in our barn) and we named it “La Jura”, not just to acknowledge its heritage but because “la Jura” in Spanish is an exclamation for: “the police!” … as in: “the police are coming!” … to lock up CSIRO (we hope).

After we acquired the balance of the vineyard in 2011 (the disastrous wet vintage) we grubbed out the rest of the Savagnin Blanc and planted three clones of Gruner Veltliner. The first Gruner vintage in 2013 was pretty good and won a silver medal in the Alternative Varieties Wine Show in Mildura. This encouraged us to plant more and we now have 5,000 vines. In 2014 we planted nine new clones of Tempranillo on the hilliest northern section of the vineyard with some Maturana Tinta and Graciano. Michelle and I had came across these on a trip to La Rioja in 2009 so we imported, sponsored and coerced the right people to get them onto our place where they now provide a source block for other growers. We expect them to produce fruit with smaller berries and bunches, deeper colour and more flavour and persistence than the old clones planted in Australia. Five barrels of Tempranillo were made in 2016 and the wine, if good enough, will be released in 2017.  We acquired 180 Grenache Gris vines in 2015 and these will produce a barrel or two in 2018.